Reacting to the Global Ban

Reacting to the Global Ban 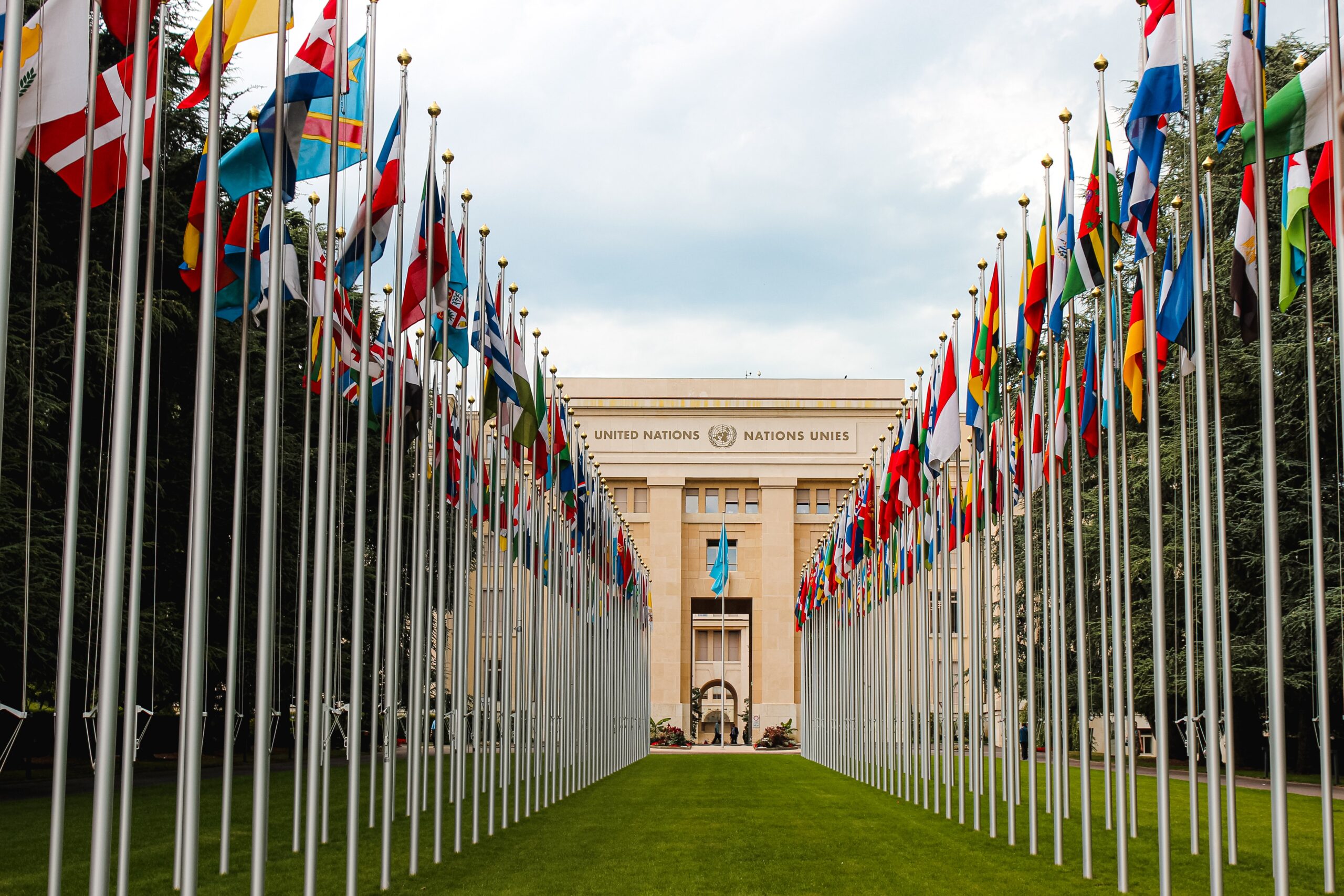 On 7th July 2017, a powerful step toward a nuclear free world was taken at the UN headquarters in New York. The first legally binding international agreement in nearly 50 years, to comprehensively prohibit nuclear weapons was passed by 122 countries. It will open for signatures on September 20th and hopes to begin the process of moving multilateral disarmament talks after the frustrating slow pace of the Non-Proliferation Treaty (NPT). The NPT has seen very little progress since its signing in 1968. The ‘grand bargain’ that promised that nuclear states would take steps to disarm as long as non-nuclear states would not proliferate the weapons themselves, has given way to a farcical back and forth between the two sides. All the NPT really did was confirm suspicions about the disregard the nuclear states have for those that are on the outside looking in on their exclusive club.

The Treaty on the Prohibition of Nuclear Weapons (henceforth Global Ban), marks a shift in this rhetoric. It is a defiant, but frankly necessary move by those that are outside of the club to change the rules of engagement. The UN hopes it will provide an “unambiguous political commitment” toward achieving global disarmament and developing a dialogue about nuclear weapons. This coincides with the mounting tensions in the East Asian peninsula. North Korea has continued to postulate aggressively that its nuclear weapons can creep closer and closer to US borders where the infamous unpredictable Twitter-warrior (and President) Donald Trump, sits in sole command of the largest nuclear arsenal on the planet. It seems that for the first time in my lifetime, nuclear war is beginning to be talked about in not so hushed tones.

However amongst all the meaningful discussion of the Global Ban, something has come awry. Why, when 122 countries have come together in the UN, is the default conclusion of the North Korean dispute, hushed tones of nuclear war? Hope in the UN should have been inspired, the recognition of the alternative, disarmament should have made it back into the news. Alas, the UK did not fail to disappoint with abysmal mainstream coverage of the Global Ban. Apart from a few newspapers, the Global Ban flew quietly under the radar of the everyday British citizen who were instead greeted by sensationalized analysis of the end of days visa vie North Korea. Unfortunately, news outlets usually reflect the government bias, failing to keep the public informed of the full picture. Hopelessly reliant on these sources, large swathes of the public will remain unenlightened to the great lengths other countries are going to achieve a nuclear free world.

The Global Ban highlights the false claims made by the United Kingdom that state its commitment to multilateral disarmament. While the majority of countries constructively engaged in meaningful discussion about what could be done, the UK ambassador to the UN, Dr. Matthew Rowland, seemed to only attend to scoff at the apparent ‘hypocrisy’ and ‘deliberate attempt to undermine the global quest for security’. He was spotted afterwards fist-bumping the US ambassador, Nikki Haley, in what is another great example of lapdog diplomacy between the UK and USA. The failure of any of the Nuclear Armed States to sit at the treaty, is a reminder of the stubborn nuclear order these nations wish to continue. Earnest in their claims for a multilateral disarmament process, until the perfect opportunity lands in front of them. It is dismissed as illegitimate and laughed off as an attempt by the small countries to interfere in grown up decisions. The behaviour, we have seen, begins at the UN and ends at home, resulting in poor coverage of the talks which could have been conducive to honest debate about the future of nuclear weapons in the UK. Instead we continue nonchalant discussions about the potentially imminent nuclear war while we wait in trepidation for the latest episode of Love Island.

On the 18th July 2017, CND handed in 7,000 letters to 10 Downing Street. The letters, addressed to Theresa May and Boris Johnson, call attention to the attempts by the UK to undermine the Global Ban talks and the failure to engage in the process. These letters highlight the opportunity the UK has squandered to leading the international community by being the first nuclear state to participate in the proceedings, and the hypocrisy it now represents, in failing to commit to the multilateral disarmament it says it champions. The signees represent the fraction of those that heard about the Global Ban and were ready to make it known to the government, their disappointment at the UK’s failure to engage with on such an important forum.

CND deplores the government’s handling of the Global Ban and calls on it to recognise its mistake in choosing to remain idle. It seems self-evident that if the government deems it necessary to stifle news coverage of the achievement of a Global Ban, it has something to fear. We must move to a more open discussion of all nuclear weapons, especially the ones we can actually do something about, our own. Only then can the hopes of the Global Ban be realised. 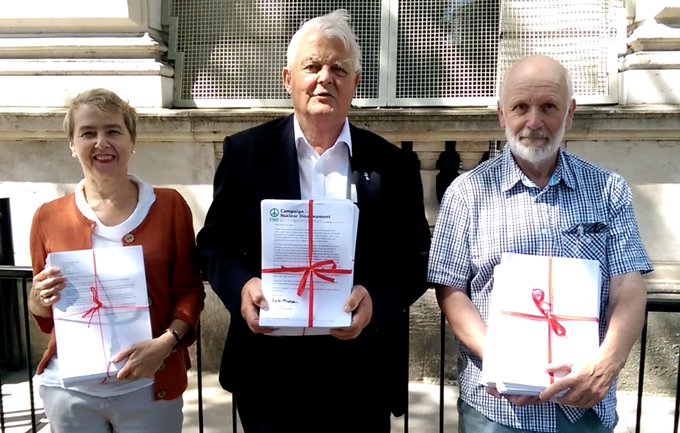