With a ‘lefty’ at the helm, why isn’t Labour supporting the peace movement?

With a ‘lefty’ at the helm, why isn’t Labour supporting the peace movement? 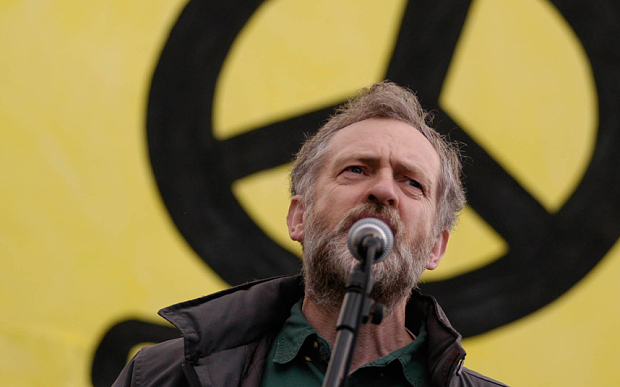 Jeremy Corbyn is a ‘lefty.’ Love him or loathe him, it is difficult to argue that the Islington North MP and Leader of the Opposition is a traditional politician. His shock election and the Labour Party’s subsequent shift to the left has led to electoral success and a rejuvenation of the Party. However, it has not led to a total rejuvenation in his party’s policy; Labour continue to support the wasting of £205 billion on Trident replacement. So why isn’t the peace movement, a cause very close to Corbyn’s heart, getting a look-in? How can we ensure that such an important cause receives the recognition it deserves?

With Corbyn, an uneasy – but necessary – tension has arisen in the Labour Party. There was bound to be tensions when a man like Jeremy Corbyn became leader in a shock result. Having joined the Campaign for Nuclear Disarmament as a schoolboy in 1966, Corbyn became both Vice-Chair of the CND and Chair of the Stop the War Coalition during his time as a backbencher. Gaining a reputation for his activism, he became Labour’s most rebellious Member of Parliament from 1997 to 2010, defying the party whip a staggering 428 times. Meanwhile, the establishment Labour Party did not share his passion for peace. Former Shadow Cabinet Minister Tristram Hunt called the Stop the War Coalition “a really disreputable organisation,” whilst MP Caroline Flint said that the organisation were “not Labour’s friends.” With New Labour not wanting to rock the boat, the party decided to take the same side as their Conservative opponents and support the destruction of lives through support of the Iraq War and nuclear weapons.

With such a difference in opinion fracturing the party, you would not be blamed for assuming that a massive overhaul would take place after Corbyn’s meteoric rise to power. Bogged down by internal conflicts and lacking support, Corbyn was unable to tackle such a huge problem. In their 2017 General Election manifesto, Labour supported the renewal of the Trident fleet, under the apparent constraints of the Nuclear Non-Proliferation Treaty. Appearing on Question Time in May, it was pretty clear that Jeremy Corbyn did not agree with establishment Labour’s belief in nuclear weapons. He said on the programme that he would never approve of ‘first use’ of Britain’s nuclear arsenal. To some, it seemed like the Leader of the Opposition had blown his chance to take his lifelong anti-war politics to the mainstream.

However, the cause remains alive and kicking. Rather than an issue of public opinion, the question of Labour’s support for the peace movement is one for Labour’s establishment. It is likely that the Labour Party have chosen to support Trident renewal on the basis of its perceived popularity rather than any sort of conviction. This appears ill-founded. In 2016, an ORB poll of UK adults found that 49% of those surveyed did not support the full renewal of Trident. In Scotland, where the fleets are actually located, opposition was at 64%. Being anti-nuclear weapons is hardly an unpopular opinion. 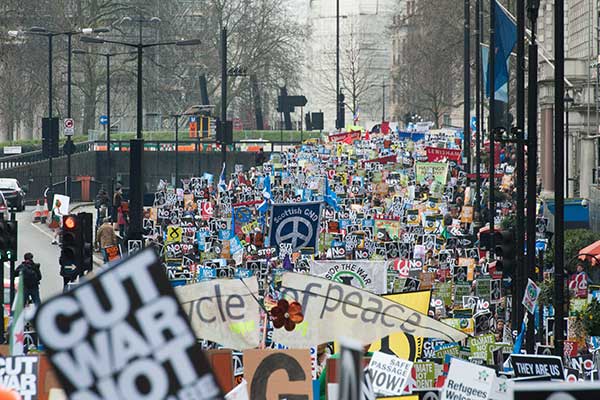 So, how do we change Labour’s peace policies? Simply put, we could just wait. Support for nuclear weapons is lowest amongst young people. A 2014 poll by ComRes showed that just 19% of 18-35 year olds polled believed that Trident should be renewed at equal size and capacity. Hannah Cornford, of WMD Awareness, said of the poll: “it is clear that young potential voters are not being engaged by the government on this issue.” Last month, the Young Labour Conference passed a motion saying that the United Kingdom should leave NATO, an idea that is in direct contradiction with the party line. Young people dislike nuclear weapons and are not afraid to disagree with establishment opinion; this is a recipe for progress in the peace movement in the coming years.

Another, less delayed possibility for progress comes from the Labour Party itself. The Party is currently undergoing a self-imposed Democracy Review. A leaked document, apparently concerning this review, shows that they are keen to strengthen the involvement and participation of members in constituencies. If this is true, Labour should be keen to involve their pro-peace members by allowing them to affect party policy. The party also wants to focus on the recruitment of more members. In order to strengthen support and attract members, the Party must listen to its supporters. The issue of nuclear weapons is pressing and potentially a matter of life and death; unlike these internal divisions in the Labour Party, it cannot be brushed aside.