Progress towards Disarmament in 2017

Progress towards Disarmament in 2017 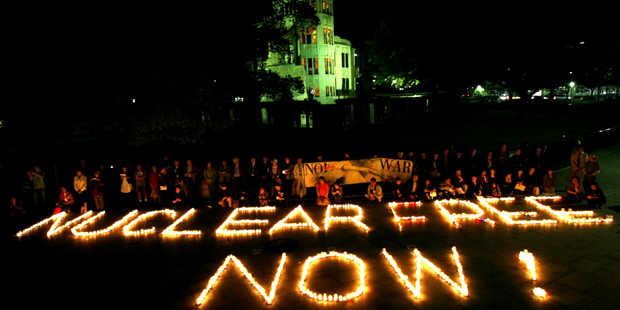 As another politically divisive year draws to a close, it’s time to reflect on the progress we’ve made towards nuclear disarmament. In a year that saw President Trump threatening to ‘totally destroy’ North Korea at the UN General Assembly, Corbyn’s Labour manifesto accepting the continuation of t

he Trident programme, and Kim Jong-un testing both a successful hydrogen bomb and an ICBM, it can be difficult to see the positives. However, there is much to be hopeful for.

The most striking development, a product of the combined efforts of hundreds of nuclear campaigning institutions, is the United Nations’ Treaty on the Prohibition of Nuclear Weapons. The UN treaty is the first international treaty to explicitly prohibit the development of nuclear weapons. Voted in by nearly two-thirds of all UN member states (122), and signed so far by 53 of them, it offers a major challenge to the global acceptance of nuclear weapons. While it has not yet been recognised by the nine nuclear-armed states, the treaty presents an unambiguous condemnation of the continued existence of nuclear weapons – something that the 1968 Non-Proliferation Treaty failed to do. The global nuclear ban therefore offers a different kind of progress – normative progress.

The great success of the nuclear ban brought about another accomplishment – the awarding of the Nobel Peace Prize to the International Campaign to Abolish Nuclear Weapons (ICAN). As with the treaty itself, ICAN’s achievement might be imagined by some to have little influence on the overall disarmament process. Yet the award, as with the ban, demonstrates a significant transformation of the accepted narrative on nuclear weapons: nuclear disarmament is not a fringe idea but a majority consensus position that cannot be ignored. This was further demonstrated by Pope Francis’ declaration in November that nuclear weapons are ‘senseless, even from a tactical standpoint’ and that ‘their very possession is to be firmly condemned’. Compare this statement to Pope John Paul II’s argument that nuclear deterrence could be judged as ‘morally acceptable’ in the eyes of God, and it is clear that the global narrative is evolving.

Yet the formally established nuclear powers of the world continue to argue that these weapons offer a ‘strategic peace’. The governments of the US, UK, France, Russia, and China claim that through the promise of mutually assured destruction, world war is no longer an option. These states (who also make up the permanent members of the UN Security Council) are not the only states with nuclear weapons, but they are the only states that are both signatories of the Non-Proliferation Treaty and who argue that nuclear weapons bring peace. The price of this ‘strategic peace’ is a total global expenditure of US$12 million per hour, or $105 billion every year [1]. The reality of this nuclear-armed peace is a world not free from hostilities but locked in a perpetual state of war – from the Gulf War in 1991, Somalia in 1992, Bosnia in 1995, Iraq in 2003, Libya in 2011, to the still-ongoing 2001 War in Afghanistan, the ‘strategic peace’ staggers onwards. Now a nuclear-armed North Korea demonstrates yet again that unless the major powers take meaningful steps towards disarmament, global insecurity will thrive.

Once, the legitimacy of this ‘strategic peace’ and international nuclear orthodoxy appeared unchallengeable. But campaigners, backed by the Nobel Peace Prize committee, the 53 state signatories of the ban treaty, the Pope, the Catholic Church, and millions of anti-nuclear activists around the world now have an opportunity to challenge and delegitimize it. For the first time, the majority of the world is clearly united behind the cause of total nuclear disarmament. A new form of peace is not just imaginable but tangible; a peace based not on millions of civilian lives being held hostage by the threat of atomic evisceration, but on transnational collaboration, UN treaties, trade agreements and global disarmament.

It is often very hard to see the light of progress through the shadow cast by inter-state conflict and the threat of nuclear war. It can often feel nearly impossible to imagine a world in which nuclear weapons no longer exist. But the progress made in 2017 has created cracks in what appeared to be an unbreakable orthodoxy. Our job now is to widen those cracks, and never lose faith in the strength of collective agency to bring about change. It may not happen in 2018, but global nuclear disarmament is in sight.