Where is Theresa May?

Where is Theresa May? 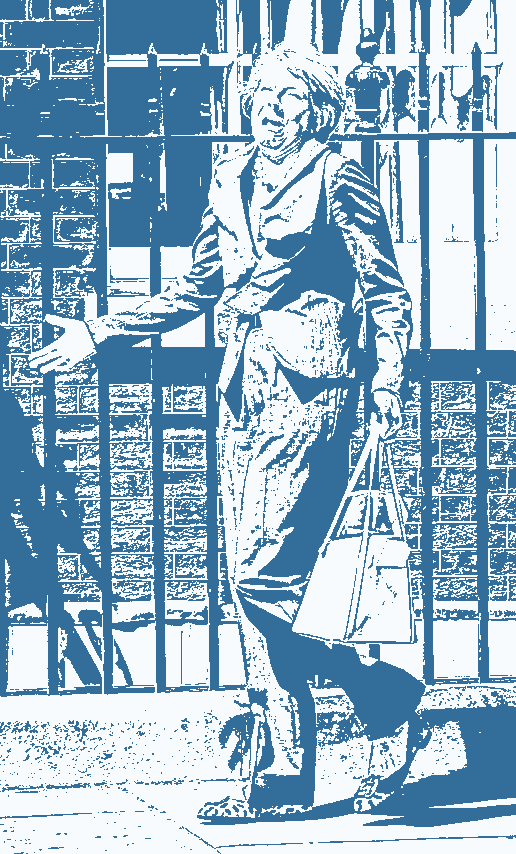 It’s been a busy couple of weeks for CND. Unsurprisingly, when the President of the US threatens nuclear war, the Campaign for Nuclear Disarmament has something to say. Resisting the urge to lock up the office, buy supplies, and start to dig bunkers, instead CND have been organising letters and protests to challenge this dangerous rhetoric. However, the Prime Minister of the United Kingdom seems to have chosen the former option. After a long stint in the Alps (far away from any nuclear fallout) Theresa May has supposedly returned from her holiday, but she seems to have now chosen to hide underground and hope no one comes looking for her. There is still a deafening silence coming from Number 10 on the growing tensions between the US and North Korea.

This is the closest we’ve been to nuclear war in my lifetime. I don’t remember the constant state of crisis of the Cold War, I’ve only ever had to imagine it. But the last few weeks feel to me like the re-emergence of what I’d pictured – a permanent state of urgency which is exhausting. A sense that nuclear war is 5 minutes away, it’s just no one knows when to start counting from. We could easily get used to this permanent state of terror, and become accustomed to our Prime Ministers silence. Instead, we must refuse to go away; she has to face up to her responsibility to protect her citizens.

Silence from the UK is not a neutral position either, it is a tacit support for both the US and North Korea’s ongoing sabre rattling. There is, of course, an element of hypocrisy to a leader calling for calm when they themselves have said they’d be willing to push the nuclear button. Consensus used to be that Britain would not accept a Prime Minister who was anti-nuclear weapons. However, Jeremy Corbyn’s rising approval ratings shows that being willing to kill thousands of innocent civilians via nuclear attack is not a prerequisite for political popularity. That’s why the first step of Theresa May should be to re-engage with the UN’s Global Nuclear Ban Treaty, which would be a commitment to scrap Trident, taking the lead among nuclear powers in the process of disarmament. The treaty opens for signatures on the 20th of September and support from the UK would signal that this country is not willing to participate in a nuclear war. The events of the last weeks should be a wakeup call; now is the time for the government to reverse its decision to ignore the talks and the treaty. If what drives her is power, and the need for political influence, then there would be no better way to make a real global impact. What is necessary in this situation is for one leader of a nuclear state to have the bravery to take the lead in disarmament. If May were to do so, there’s no doubt it would make the world a safer place.

Since Theresa seems unsure as to how to stand up to the US and North Korea, CND have written her a letter with some advice. The letter reminds her of the Ban Treaty, and gives two other demands. Firstly, she must rule out sending British armed forces to the Korean Peninsula. The UK sent four Typhoon fighter jets to take part in military exercises in the East and South China seas last year, jointly with Japan, a gesture which only aggravated tensions there. To do the same during this crisis would be an act of provocation. If May cares about the safety of Korean civilians, from both North and South, she could instead back South Korean leader Moon Jae-In’s calls for negotiation. While Trump and Kim Jong-Un have been threatening each other, and Theresa May has been hiding in her nuclear bunker, he has promised to send a special envoy to North Korea for talks if they stops their missile and nuclear testing. Indeed, CND’s third demand is that the UK support efforts to resume Six Party Talks. This would mean diplomatic talks with South Korea, North Korea, the US, China, Japan and Russia, as Jae-In has asked for. It should be a no brainer that Theresa May stands with him.

These demands cannot just come from CND, but must come from us all. It is the first duty of a Prime Minister to protect her citizens, and yet she is sitting back while the world is in a state of emergency. Sign our letter to tell Theresa May her that you’ve noticed her silence, and won’t be letting her sleepwalk the country into nuclear war.