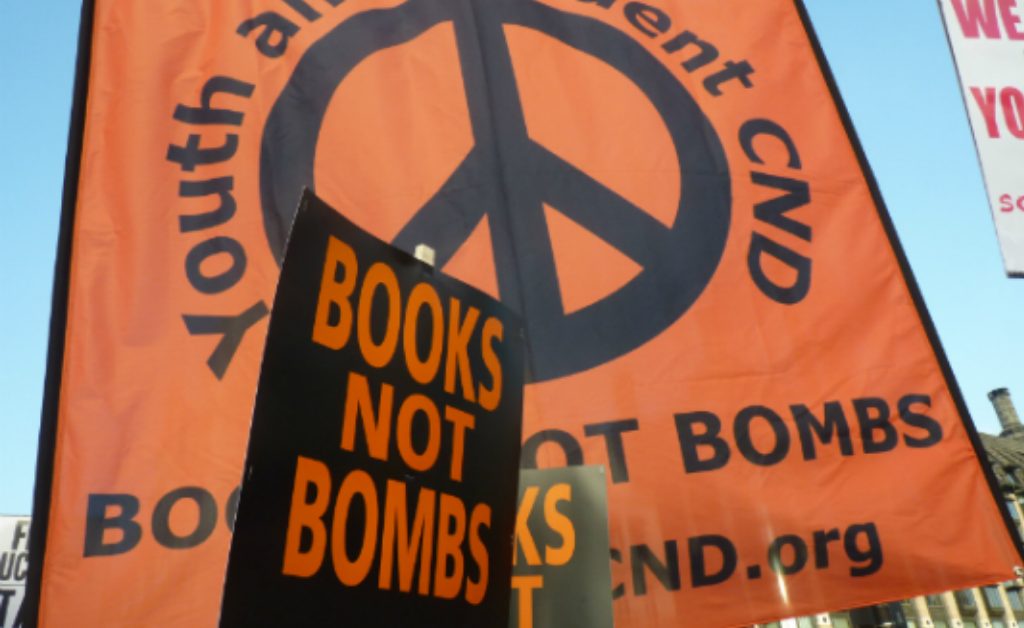 A world without nuclear weapons?  I would definitely go for that – and have been doing so for at least 60 years!  But, let’s be positive – a world WITH what?

Stores of conventional weapons at least enough to commit Guernicas, Coventrys or Dresdens over and over again?  Surely not – even though it’s what I thought for a few years after understanding I would be happy to see nukes done away with.

Let’s forget for a moment all that dreadful hardware and consider ourselves and our feelings and needs.

We are hearing a little more talk – if rather vague and ill-defined – of the importance of Values – Universal Human Values.  I don’t mean those values confined, constrained and even twisted by qualifying adjectives such as “British” or by some group or other wanting to make their point.

The media is full of talk about what may be called “Anti-values” like hate, anger, intolerance and disrespect.  We also learn that these should be condemned or challenged by the taking of revenge.  But that only takes us back to all those weapons.

Let’s try to break the cycle of violence and take a deeper look at just one of those Universal Human Values – and there could be close to a hundred of them that I’ve identified.  “Values-based Education” gets young people to learn about 22 of them as teachers integrate them into the whole curriculum.

How about the Value of “Tolerance”?

For me, being tolerant is accepting differences with good grace – in the way others may think, look, speak or act.  Being tolerant is being free of prejudice while knowing that all people have feelings, needs, hopes and dreams.  Tolerance is the accepting of things you may wish are different with patience and flexibility; tolerance means building unity with others who are different in some ways.

How do you view this Value?

Many thanks to John Morris a National Organiser of The Peace Party, Non-violence, Justice, Environment