Monday 24th October 2016 marked the beginning of the UN disarmament week.  This 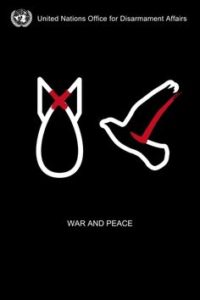 week was called for in the Final Document of the General Assembly 1978 special session on Disarmament. Why the 24th October? This date was particularly chosen because it marks the anniversary of the inception of the United Nations. It offers a chance for reflection on the world and its relationship with nuclear weapons.

As the UN celebrates its 71st birthday, it has been widely recognised as a positive force, and that despite all of the criticism that the UN may have faced, there is still an ever-growing need to fight for positive progression in creating a more stable and peaceful world – particularly with regards to nuclear issues.

Although our generation is lucky to have not lived through a world war like the generations before us, it is important that we do not forget the importance of global security and a way to successfully implement it by learning significant lessons from the past.

The connection between the cessation of a global war and the creation of an inter-governmental organisation is extremely prevalent, especially today. While the potential threats have changed dramatically since the start of the UN (chiefly because the technology since then has become so advanced), the overall aim of international peace has not wavered.

No one wants a repeat of the World Wars or the Cold War. In spite of several countries refusing to get rid of their nuclear weapons, and others decidedly blocking legislation that would encourage global disarmament (ahem Australia!), there have been several important steps over the previous year’s towards ultimately achieving global nuclear disarmament.

The Non-Proliferation Treaty (NPT). Anti-Ballistic Missile Treaty.  The International Atomic Energy Agency. Comprehensive Test Ban Treaty. SALT talks which turned into the New START talks between Russia and the U.S. Comprehensive Test-Ban Treaty (CTBT). Partial Nuclear Test Ban Treaty (PTBT). United Nations Office of Disarmament Affairs (UNODA). This list is just scraping the top of the barrel when it comes to the vast amount of grass-roots movements, organisations and agencies that all work towards a shared goal of nuclear disarmament.

There are also region agreements against nuclear weapons and the implementation of Nuclear Weapon Free Zones, which current encompasses 39% of the global population. So just over a third of the planet live in completely nuclear free areas!

Even with several failings of the UN to stop the proliferation of nuclear weapons in its totality, the world has seen several (aforementioned) outstanding contributions towards global disarmament of nuclear weapons – which are all little stepping stones towards the final goal.

Most notable of these global contributions to the disarmament of nuclear weapons is the NPT (Non-Proliferation Treaty) which came into force in 1970. The United Kingdom is a signatory of the NPT, and fundamentally the renewal of Trident in July 2016 means th 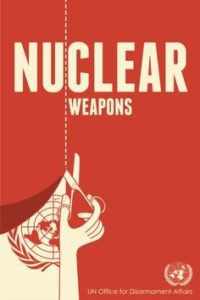 at we have flouted our agreement of non-proliferation and to begin disarming ourselves.

“The elimination of nuclear weapons would also free up vast amounts of resources… The consequences of any further use of nuclear weapons, whether intentional or by mistake, would be horrific. When it comes to our common objective of nuclear disarmament, we must not delay—we must act now.”
Ban Ki-Moon, United Nations General Secretary (2015) [1]

Over 45 years after signing this international agreement, we are continuing to ignore our prior commitments.

Even though the NPT talks were held in the United States, the US have not done particularly well with regards to meeting its obligations to the NPT. However, this was thought to have changed one fateful day in 2009 in Prague.  Regardless of your personal thoughts on Barack Obama, he has set a new precedent for American Presidents of the future in his speech in Prague in 2009, by stating that the current US Administration is the idea of “global zero”.

Global zero is the idea nuclear weapons and capability for every country will be non-existent in the foreseeable future. The idea that we should not accept any governments renewing their military and civilian nuclear stores at a ridiculous expense (£205 billion for the UK, and $1 trillion in the USA) whilst they remain signatories of international treaties that oblige them to begin disarming. And we should not allow for the possibility that nuclear weapons have the potential to fall into the wrong or untrustworthy sources, which could potentially mean that the world is not safe from nuclear threat. 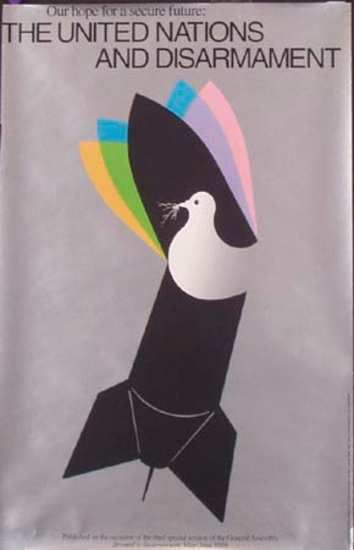 Does it seem wholly utopian and unattainable? Not really.

Its cliché to for it to be a comparison, but I’m going to push the boat out and say it anyway. Martin Luther King Jr. had a dream which he shared with a group of protesters at the “March On Washington for Jobs and Freedom” in 1963, which reverberated throughout the world and is one of the most well-known speeches ever given.  At the time of the speech, it didn’t feel like in his life time there would be quality. Lo and behold, with the passion and fervour of thousands of people working towards this shared infamous dream, it is now a reality.

If we continue to work towards the shared goal of a nuclear weapon free world, and we keep pushing a little bit further towards our goal, we may one day too achieve our dream.

Despite Obama not pursuing his great passion for his vision of a great nuclear free world, it is still of significance that he said it. Being the leader of the free world with such clear aims can only reverberate positivity across the four corners of the earth. Obama has broken a nuclear taboo which many presidents before him have failed to address so publicly and with such disdain.

This year within Nuclear Disarmament Week, on Thursday 27th October 2016, there was an important document signed which 123 countries have voted to support negotiations for a global nuclear ban at the United Nations General Assembly today. Resolution L41 was adopted by the First Committee and means ban treaty negotiations will be convened in 2017. Just 38 countries voted against the resolution and 16 abstained. Again, this is another incredibly important step. One that must neither be under or overestimated.

As a period of reflection, the UN Disarmament Week is good for shining the light on what the world is doing for Nuclear Disarmament as a whole. It highlights the sheer amount of people who are in agreement that nuclear disarmament is still in the fore of peoples minds and illustrates the sheer determination to people whom have dedicated their lives to achieving change. Not only is this important for the morale of the grass-roots campaigners who can visibly see that change is happening from the top down (no matter how slowly!) – but it is also a clear message to countries across the world that humanity will not tolerate, or quietly accept, a severe increase in nuclear weaponry.

***Please note: the pictures are a compilation of general UN Disarmament Posters that were found online**