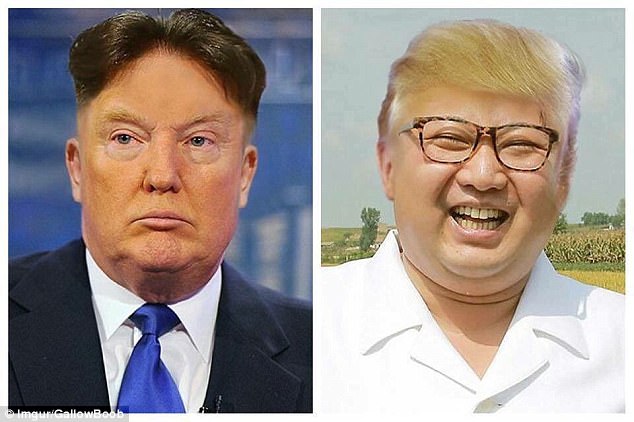 In 1945, two nuclear bombs named ‘Little Boy’ and ‘Fat Man’ were dropped on Japanese cities. Now, 72 years later, nuclear-armed Kim Jong-Un claims that Trump’s comments at the UN were ‘a declaration of war’. The volatile relationship between this modern ‘Fat Man’ and ‘Little Boy’ (I’ll let you decide who is who) continues to pick up pace, dragging the world towards yet another war. Before Trump got elected, lots of people said that one positive that could come from it might be that the US became less invested in major interventionist wars. Unfortunately it’s turned out that Trump is simply more interested in a different kind of war – one with bigger bangs, and in his deranged mind, probably more applause.

Instead of goading Kim to launch a strike towards the US, Trump should be engaging in diplomacy. He says he has ‘the best words’, but I’ve yet to see them being used for anything beyond inflating his own ego.

However, it’s obviously far too simplistic to place all of the blame for the US-North Korea nuclear situation at Trump’s feet – indeed, it has much to do with the totalitarian dictatorship of the Kim family as well as the failure of historic US policies – yet Trump has done nothing but exacerbate it. Clearly his rhetoric is more about gaining domestic support by appearing to face down the scary foreign threat, but when you consider all of the facts, the threat from North Korea to the US is wildly unlikely and insignificant.

In reality, the situation is that a small but aggressive rogue state appears to have successfully tested two single long-range missiles without explosives, and is using this as a bargaining chip to gain a seat at the table of the international community. Kim wants security, trade, money, and influence – not an irradiated peninsula.

Instead of seeing this as a potential opportunity to test out the most devastating weapons humans have ever created, how about we take a minute to consider a few other aspects of the situation.

First, a blank test of a long-range missile does not mean North Korea is now a threat to the United States. Imagine you’re a child and you’ve built a slingshot from sticks and rubber bands (I know it’s not the 1950s but bear with me for a second here) and you use it to shoot a rock across your garden. It works the first time, but you use it again and the stick starts to bend a bit from the strain of the rubber band being pulled back. The next time you use it, the stick bends just a little more. Finally you see your next-door neighbour and take aim at him with your trusty slingshot – when it snaps apart and a Hwasong-14 nuclear blast goes off in your hands. This is the situation facing North Korea: one successful long-range test is useful to scare the world, but in no way a sign that they are technologically ready for war. They are a deeply impoverished and isolated nation just struggling to develop anything close to the military technology that the US has.

Second, let’s just think about North Korea’s perspective here: Kim Jong-Un is a madman, but he’s unlikely to be suicidal. As a young leader in the shadow of his late father, Kim is doing his best to prove his worth – and he seems to think the best way to do that is through a nuclear deterrent. Having put in years of effort to secure nuclear materials, he’s probably not going to fire them off at random – he did it because he wanted to secure his position, not see himself and his home be immediately eviscerated.

Third, and finally, what happens if Trump decides that Kim has pushed it too far and we better ‘show him a lesson’? Considering Kim is desperate to be the bigger man, and has to demonstrate that to his people, what’s he likely to do if he’s attacked? In this sense, Trump’s sensitive ego and hair-trigger buffoonery look like the most likely thing to push Kim into attacking South Korea or Japan, leading to a global war and an enormous refugee crisis.

My point is not that North Korea should have nuclear weapons – far from it, I think every nuke on earth should be launched into the sun and forgotten about forever. Instead, my point is merely that right now Trump’s fragile ego is what stands in the way of a global catastrophe, and that leaves me feeling extremely uncomfortable.

If this worries you just as much, you should come along to our event on the 21st October to learn how to challenge the narrative that nuclear weapons provide international security. It’s from 10am – 4pm at the Waterloo Action Centre, it’s free, and there will be some food and beer! We’ve organised it to try to give students and young people the right activist and direct action skills needed to challenge the f**ked up society that tells us we need genocidal weapons to stay safe.