On the Saturday just gone, 17th June, while the rest of London sweltered at the mercy of the hottest weekend so far this year, enthusiasts, activists, and journalists alike, descended from across the world to Conway Hall, Holborn,to take part in the first nuclear power conference in 30 years, No Need for Nuclear: The Renewables are Here hosted by the Campaign for Nuclear Disarmament. 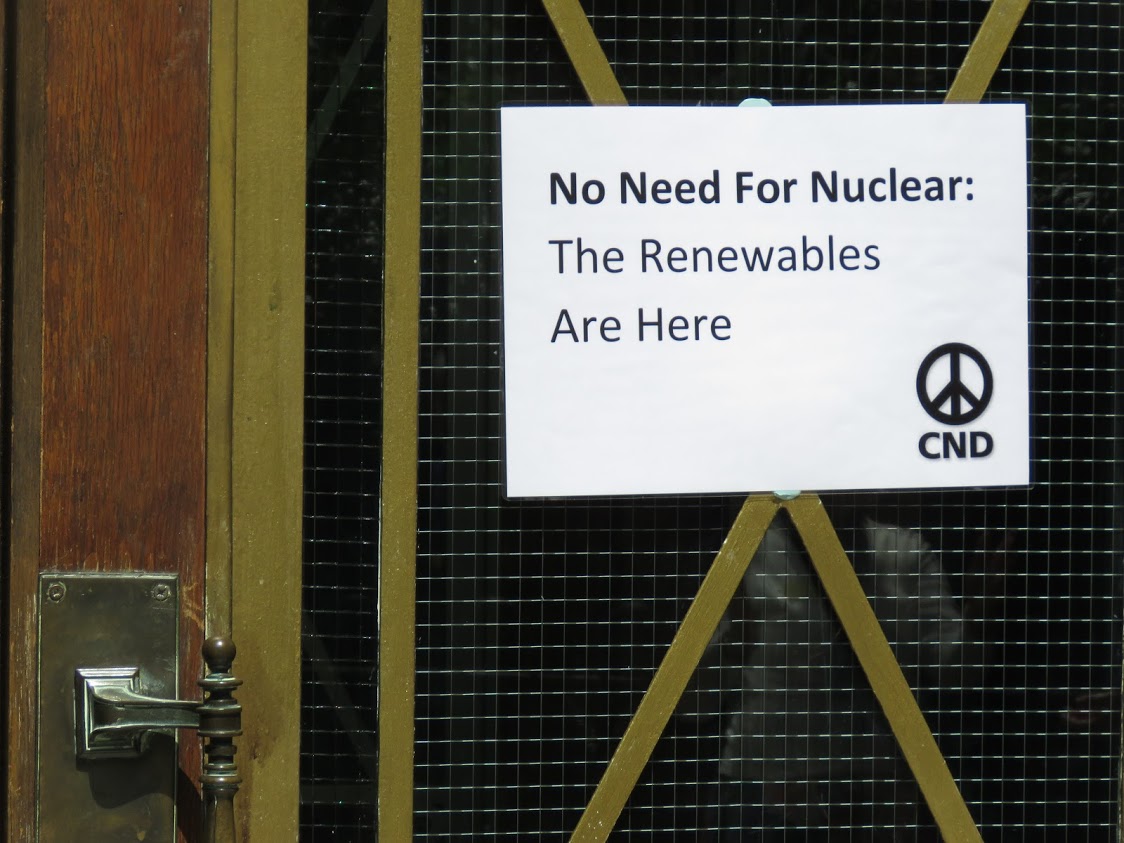 With over 150 attendees of all ages, and 17 speakers comprised of distinguished academics, MPs and industry representatives, the conference was deemed a great success. The conference was graced with a keynote address from Caroline Lucas MP, all the way from New York where the UN disarmament meetings are taking place. The conference was broken into 4 sections: What’s wrong with Nuclear power? and The Politics of Nuclear Power followed by UK Energy Demand, Energy Supply, and The Renewables after lunch. 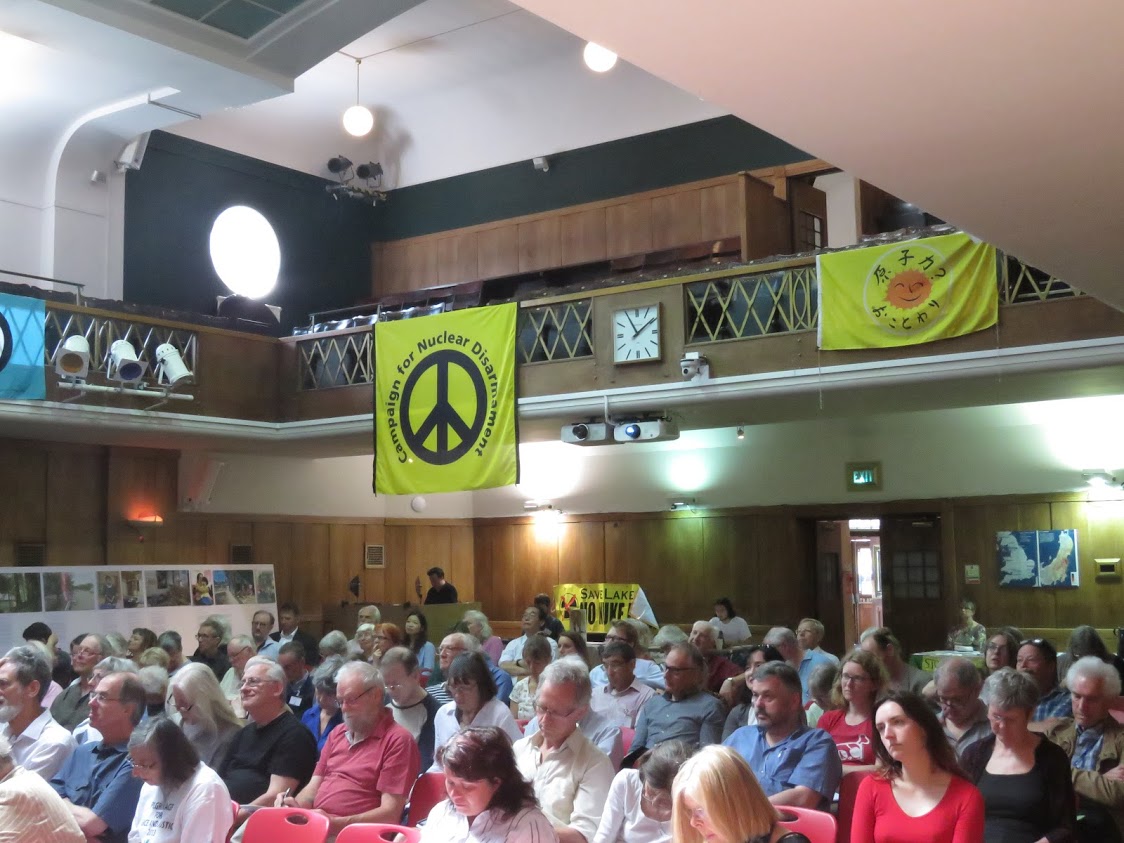 Despite the morning focusing primarily on the problems associated with nuclear power, and the afternoon discussing the benefits of renewable energy, trends began to emerge from the talks quickly. It soon became apparent how renewables were not only a quicker, more versatile alternative but their cost has nose-dived in the past 20 years despite the technology having improved leaps and bounds. So much power has been produced, for example, by wind farms that prices have fallen to 1/10th of their normal level. We heard how only a few weeks ago, the National Grid reported that renewables supplied 50.7% of power to the UK, a huge milestone towards a world free from nuclear power/fossil fuels.

On the other hand, projected costs for new nuclear programmes in the UK, like the one at Hinkley Point C, are estimated at €39 billion but likely to run higher. This, teamed with bankruptcies at Areva and Westinghouse/Toshiba and the indebtedness of EDF, questions have already been raised as to whether these programmes will go ahead or simply be footnoted within public expenditure. What many at the conference pointed to was how nuclear was definitely on the retreat, and the argument for renewable energy only gets stronger and stronger. 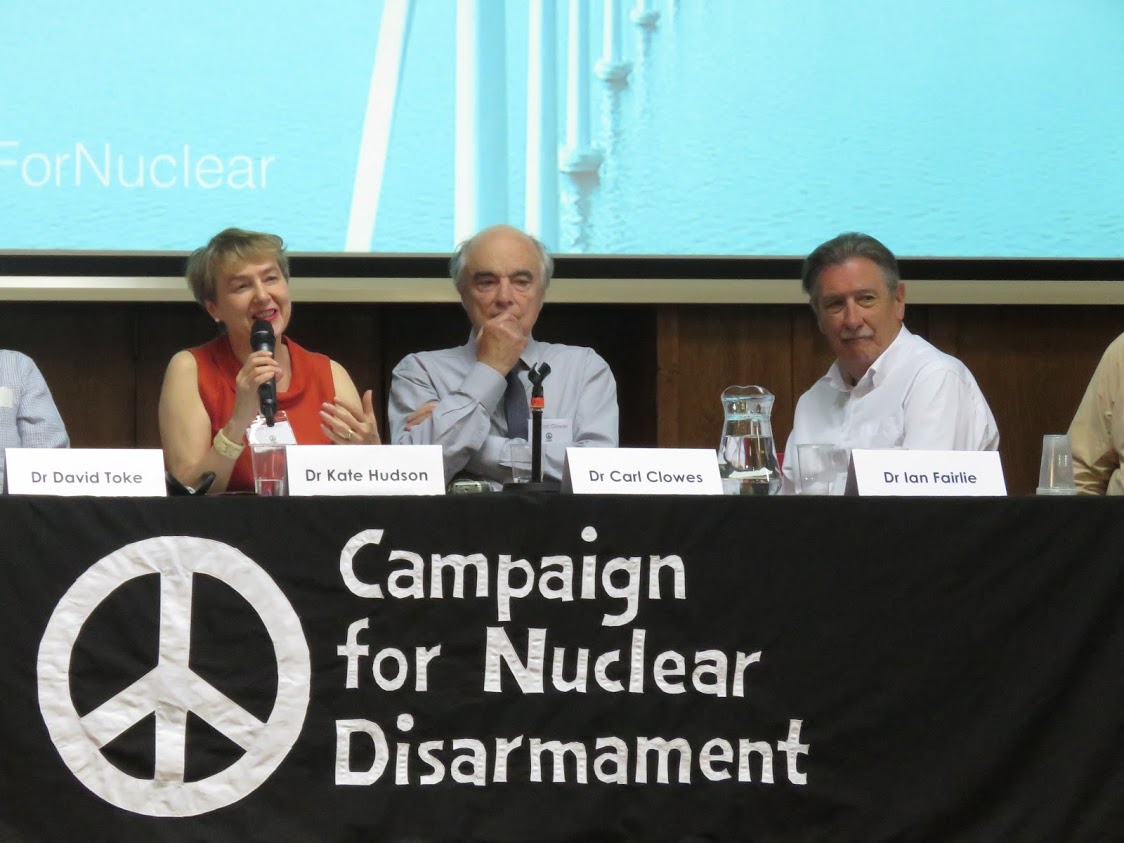 We were shocked by the opening talks which discussed the damage that nuclear power poses to the general population, even when the plants themselves do not malfunction. Talks shed light on government sponsored investigations into the radiation related illness and cancers experienced by those that lived close to power plants. Despite the investigation known as KiKK being intended to illustrate how living near nuclear power plants was harmless, the results backfired, seeing rising incidents of child leukaemia and other forms of cancer solids rising by as much as 120% within 5km of power plants.

This was when a plant is performing as expected. When it malfunctions, like in Chernobyl, the impacts were seen to be as far reaching at the UK, even further. Locally, flora and fauna in Chernobyl have been under duress for 30 years, mutations leaving them victim to cancers and cataracts while economic costs are estimated to have been as high as $700 billion. Costs for Fukushima are expected to surpass this figure, taking into account the losses faced in shutting down the 50 power plants in the aftermath of the 2011 earthquake/tsunami.

These statistics were stuck in our minds as we listened on to how the new Conservative government remained silent on nuclear power in their latest manifesto, and Labour continues to bicker internally on its position on the subject despite the very public views aired by their leadership. Speakers also called attention to the trade unions failure to recognise just how many jobs renewables provide for the industry over nuclear, 16 times as many according to official data.

A common theme was talking about planned phasing-out of the UKs remaining 8 nuclear power stations as has been happening across Europe in Switzerland and Germany. One speaker demonstrated how between 300 and 4000 local energy schemes had been organised by co-ops up and down the country, erecting wind turbines and solar panels in an effort to pick up the slack in the government’s position. With over 10,000 members and 500 local authorities these programmes are bringing democracy to the people, uniting communities and providing independence from energy corporations. 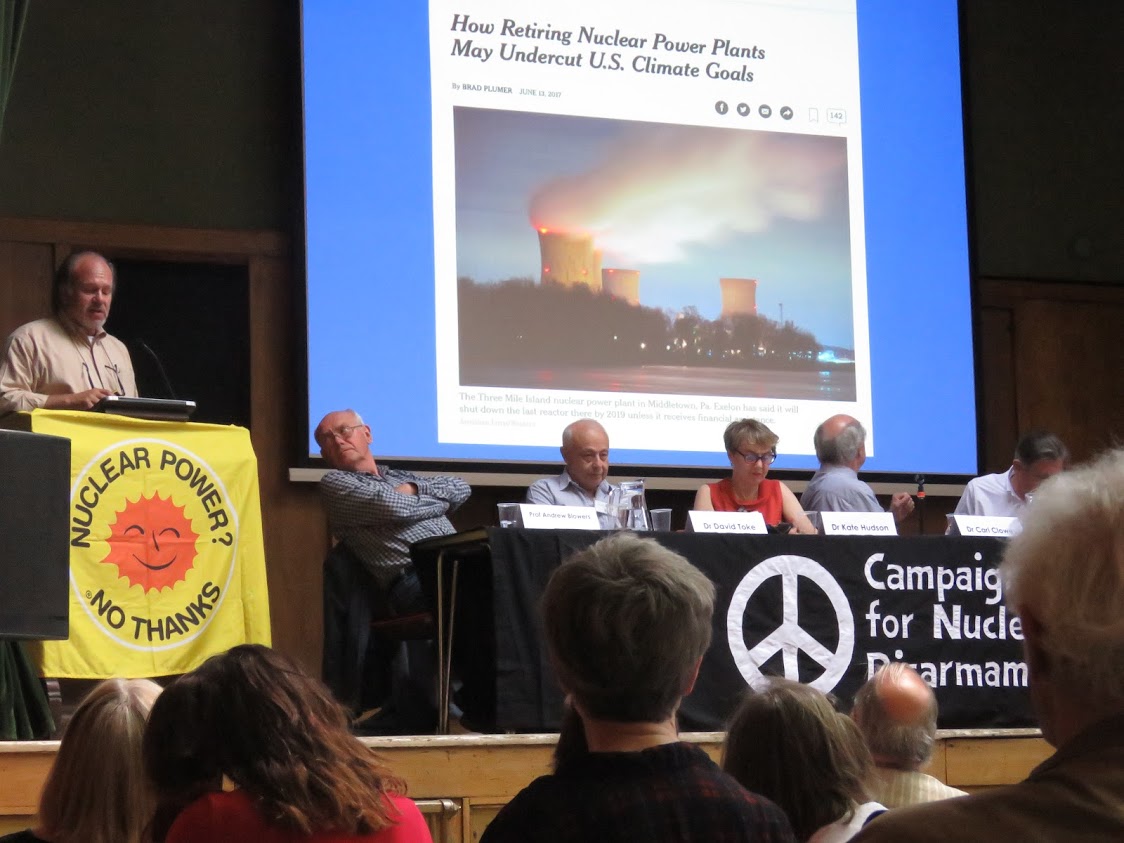 The presence of MPs at the conference was also an essential part of the dialogue. Three Green Party representatives and one from Labour, facilitated a cross party debate which engaged directly with the concerns of the audience. Their component demonstrated the need to engage with these issues on a political level if we are see changes occur in the future.

A conference highlight was the photograph taken in Red Lion Square at the lunch break to contribute to the worldwide Day of Action in support of the UN Conference on Nuclear Disarmament in New York. Over 100 of the attendees gathered in solidarity, and it lifted everyone’s spirits to see this show of force on such a decisive day. The success of the conference, begs the question, what happens next? CND have already began considering the possibility of a similar conference in the years to come. Let’s hope it won’t be another 30 years!

Prime Minister Theresa May’s first order of business as she ascended to power last year was to vote through the £205 billion replacement of Trident. The legislation passed through parliament, dividing Corbyn’s Labour party and presenting Theresa May as a decisive, patriotic leader. It acted perfectly to illustrate the Britain that means no nonsense as it departs from the EU with a strong and stable leadership.

One year on and this phrase has become the tired and parodied soundbite of a country that is anything but. With the snap election in a few days on June 8th, our strong and stable ship is without a captain heading straight towards a Brexit which remains mysterious despite the various hard or soft prefixes that are being thrown its way. Such a country should not be making such heavy-handed decisions about the Trident replacement process when it is in the midst of austerity. This election however, provides an opportunity for us to confront the government on their commitment to nuclear l and make a difference.

Trident remains a hotly debated topic. Defence Secretary Michael Fallon openly committed the UK to a first strike policy in April this year under ‘extreme circumstances’. This is an alarming and flippant decision which provides conveniently vague terms of usage for such a horrific weapon. Replacing Trident will cost at least £205 billion, money which is in dire need elsewhere, in the NHS and education sectors. The Times has also exposed the failure of a missile test launch last June, which was covered up in the lead up to the Commons vote.

The government is committing more resources to nuclear power as well, despite the large costs involved and the doubts cast as to its safety and longevity as an energy resource.

Outside of the UK, wheels are in motion at the UN to finalise a nuclear ban treaty in July, a historic move supported by over a hundred countries. The UK is not engaging with the initiative, choosing instead to remain on the wrong side of history. However, this can change.

The June 8th vote gives us a chance to elect more anti-nuclear MPs to stand with CND. Disregarded for being notoriously unreliable in the election process, young people have an opportunity to craft a future that they want, is it this country that we are going to inherit. Regardless of your position on the issue, we have the chance to choose what Britain will look like post-Brexit, a country that maintains archaic notions of nuclear superiority or one that leads nuclear non-proliferation debates by taking active steps to join the UN majority.

A previous survey of young people by WMD Awareness uncovered how 69% believed that replacing Trident would only encourage other countries to invest in their own nuclear programmes. Less than 20% thought we should build a new nuclear weapons system. The average age of an MP is 50 years old, which suggests a disconnect with the younger population’s views and opinions. It is up to us to let them know what we think.

CND needs our supporters to get in touch with their local candidates and remind them what is at stake. We need you to #VoteOutNukes in your constituency by engaging with your candidates on three key issues:

This can be done via CND’s website at www.cnduk.org/Election2017, which guides you through how to easily contact the candidates for your constituency. We will be posting their responses in an effort to provide you with the tools to make an informed decision when casting your ballot. You can always keep in contact with CND’s updates via Facebook or Twitter. This election, let’s vote out nukes!